On 21 February 2022, NOC organized a debate on rising seas as part of a UK’s Parliamentary and Scientific Committee event. The group, which provides a link between parliamentarians and the scientific community, held an event entitled “Rising seas: the impact of a changing climate on coastal communities”.

Angela Hibbert, leader of EuroSea Work Package 5, gave a presentation entitled “Sea Level Hazards, Monitoring and Risks to the UK”. She described the main hazards to the UK such as the 2013 storm surge which led to the development of the EuroSea sea level visualization tool developed by UCAM and ARUP. Mike Dobson of ARUP gave a talk entitled “EuroSea – Decision making with sea level rise uncertainty” in which he described the tool itself and how it was so innovative.

Following presentations, the panel answered questions from parliamentarians, academics, and wider stakeholders. There was a lot of interest in the tool from the audience and a desire was expressed to be able to replicate it across the UK coast.

Watch the session below.

Workshop on Ocean Prediction and Observing System Design for the UN Ocean D... 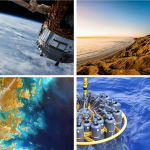 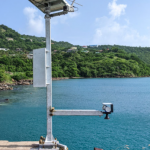 Interview with Angela Hibbert, leader of EuroSea Coastal Resilience and Operational...
Scroll to top
Previous Next
Close
Test Caption
Test Description goes like this
XWe use cookies on our website to give you the most relevant experience by remembering your preferences and repeat visits. By clicking “ACCEPT ALL COOKIES”, you consent to the use of ALL the cookies. However you may visit Cookie Settings to provide a controlled consent.Read MoreCookie settingsREJECTACCEPT ALL COOKIES
Manage consent