EuroSea is contributing to the UN Ocean Conference 2022 with an official side-event on the Integrated Marine Debris Observing System (IMDOS). The event will take place on 29 June 2022 at the Centre Cultural de Cascais. This event builds on the UN Decade “Clean Ocean” satellite activity on IMDOS that took place in November 2021.

The new event will focus on the need for monitoring marine litter to inform action with the following objectives:

Further details are available on the event’s web page. 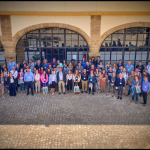 Highlights from the EuroSea Annual Meeting 2022
Scroll to top
Previous Next
Close
Test Caption
Test Description goes like this
XWe use cookies on our website to give you the most relevant experience by remembering your preferences and repeat visits. By clicking “ACCEPT ALL COOKIES”, you consent to the use of ALL the cookies. However you may visit Cookie Settings to provide a controlled consent.Read MoreCookie settingsREJECTACCEPT ALL COOKIES
Manage consent