Accurate projections of regional sea-level rise are crucial to the success of coastal adaptation strategies. For the Mediterranean Sea, however, only few observational datasets exist against which the projections can be evaluated, causing them to remain subject to large uncertainty. Funded by EuroSea, a new open access dataset was produced to address this information gap for the period 1960-2018 by Dr. Francisco Calafat, Senior Scientist at the National Oceanography Centre (NOC, UK).

In the newly-released paper in Journal of Geophysical Research Oceans, Dr Calafat and his co-authors from NOC and the California Institute of Technology describe a method of separating and quantifying sea-level changes according to the underlying processes. This enables researchers to advance their understanding of the effects of both climate change and internal climate variability on the sea level of the Mediterranean Sea and allows them to better distinguish between temporal fluctuations and sustained human-induced changes. Once adopted, the new method leads to a much faster detection of accelerations in regional sea-level rise than would be feasible using tide gauge records alone.

Gaining new insights into the relative roles of the various underlying causes of Mediterranean sea-level change in the recent past, not only contributes to the efforts to reduce model uncertainty but also benefits downstream applications such as coastal planning and decision making. In short, it is expected that this reconstruction will be very valuable not only to scientists but also to policymakers, coastal planners, and coastal communities at large. Both the sea level reconstruction dataset and the associated code that implements the methodology used in this study are publicly available, allowing the technique to be replicated at other locations, extending the benefits of this work.

This work is within EuroSea work package 5 ‘Coastal resilience and operational services demonstrator’, aiming at significantly advancing the collection, quality control, interpretation and use of sea level data leading to new sea level and climate services. 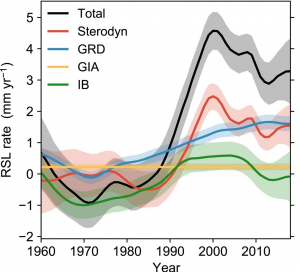 Save the date for the EuroSea 3rd Anniversary Webinar on 24 November! 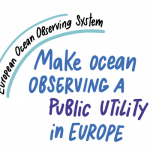 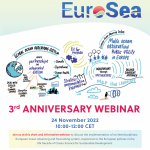 EuroSea 3rd Anniversary Webinar – Programme and Registration
Scroll to top
Previous Next
Close
Test Caption
Test Description goes like this
XWe use cookies on our website to give you the most relevant experience by remembering your preferences and repeat visits. By clicking “ACCEPT ALL COOKIES”, you consent to the use of ALL the cookies. However you may visit Cookie Settings to provide a controlled consent.Read MoreCookie settingsREJECTACCEPT ALL COOKIES
Manage consent